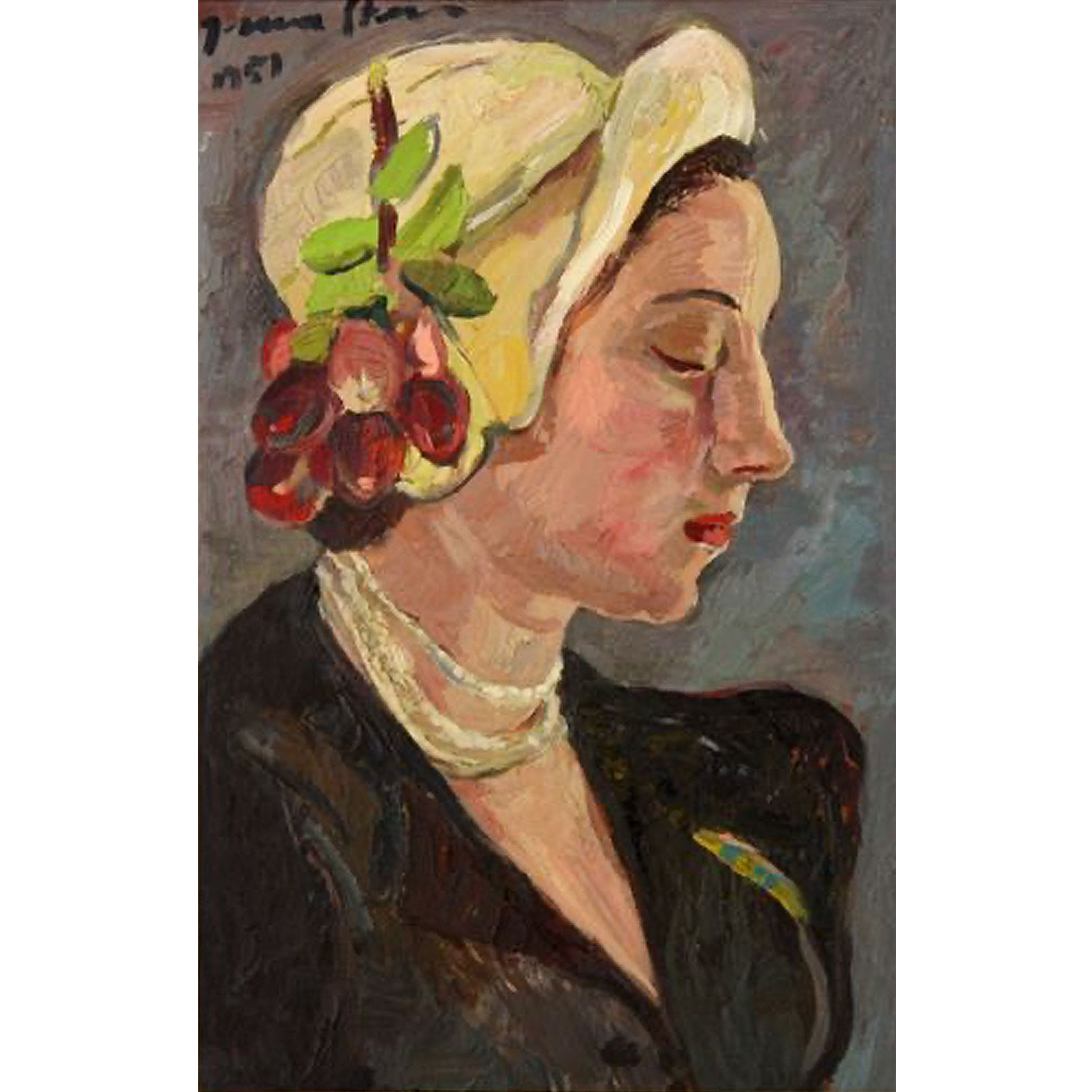 The numerous portraits on display on the infamous “pink wall” as you enter the lounge at the Irma Stern museum have many viewers experiencing strong emotions.

The 1950’s fashion hat she wears conveys a sense of social status, style and warmth, and the cherries depict a sense of fertility, vitality and youth. Christopher Peter, former Director of the Irma Stern Museum writes: “Irma Stern adored hats and was often photographed in them.” One can see her interest in the detailed rendering of this cherry hat. I’m particularly enticed by the downward tilt of her head, which depicts a reflective moment. It is said that Irma completed this oil painting very spontaneously, in a single sitting of one and a half hours.