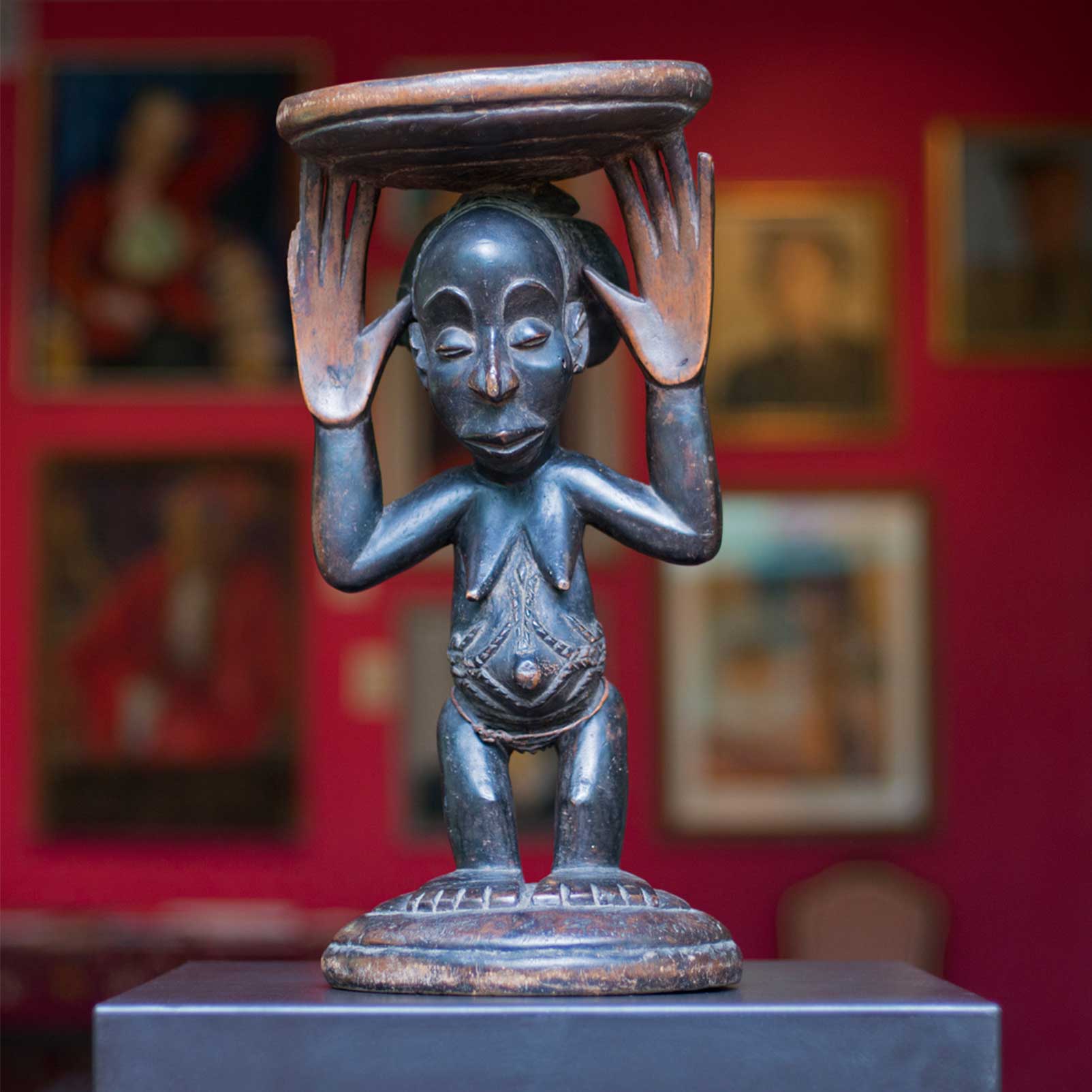 This Prestige Chief’s Caryatid Stool is attributed to Ngongo ya Chintu, also known as the Master of Buli. He was active in the mid to late 19th Century near the Luba village of Buli. Even today ya Chintu continues to be revered in both in the region and internationally.

In this sculpture, the seat is supported by a standing female figure. Such caryatid figures indicate the Luba system of succession and inheritance through the female line – the chieftainship is here literally and symbolically supported by the female. Carved from a single piece of soft wood, such stools were an important symbol of power and authority used in the crowning of kings and chiefs.

The stool was not a functional chair but served as a rest for the chief’s spirit. Kept in a separate village from the court to prevent theft, such stools were carefully guarded, swathed in white cloth and only brought out on important occasions. According to Luba tradition, all royal stools were replicas of an original prototype given to their first king, Mbidi Kiluwe.

It is not known exactly where or when Irma Stern acquired this Buli stool, but it features in a still life dated 1940, which was before her first journey to the Congo.