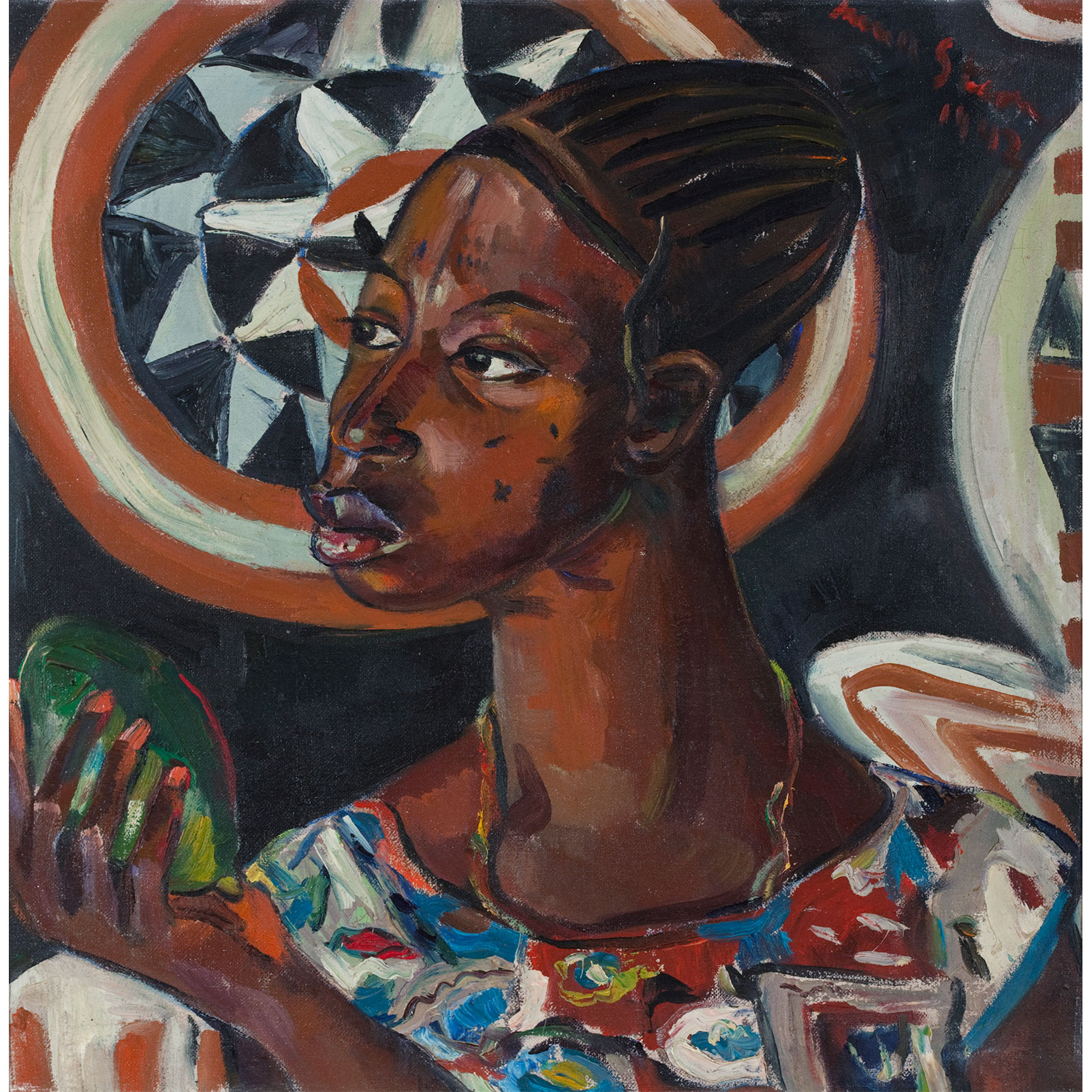 Irma Stern travelled to Central Africa on three occasions: in 1942, 1946 and 1955. She documented her experiences as an artist, writer and collector in a series of letters to friends, as well as in the published journal titled Congo (1943).

She sent her car by rail to Elisabethville, now Lubumbashi, and there engaged a mechanic/ chauffeur to accompany her on a two-thousand mile trip, from Elisabethville to Rwanda-Urundi (Rwanda) and Stanleyville (Kisangani) before returning nearly five months later to hold an exhibition in the recently opened Ethnographic Museum in Elisabethville.

On her travels she also visited the Mangbetu people of NE Congo – and this image shows one of the women she met while there.