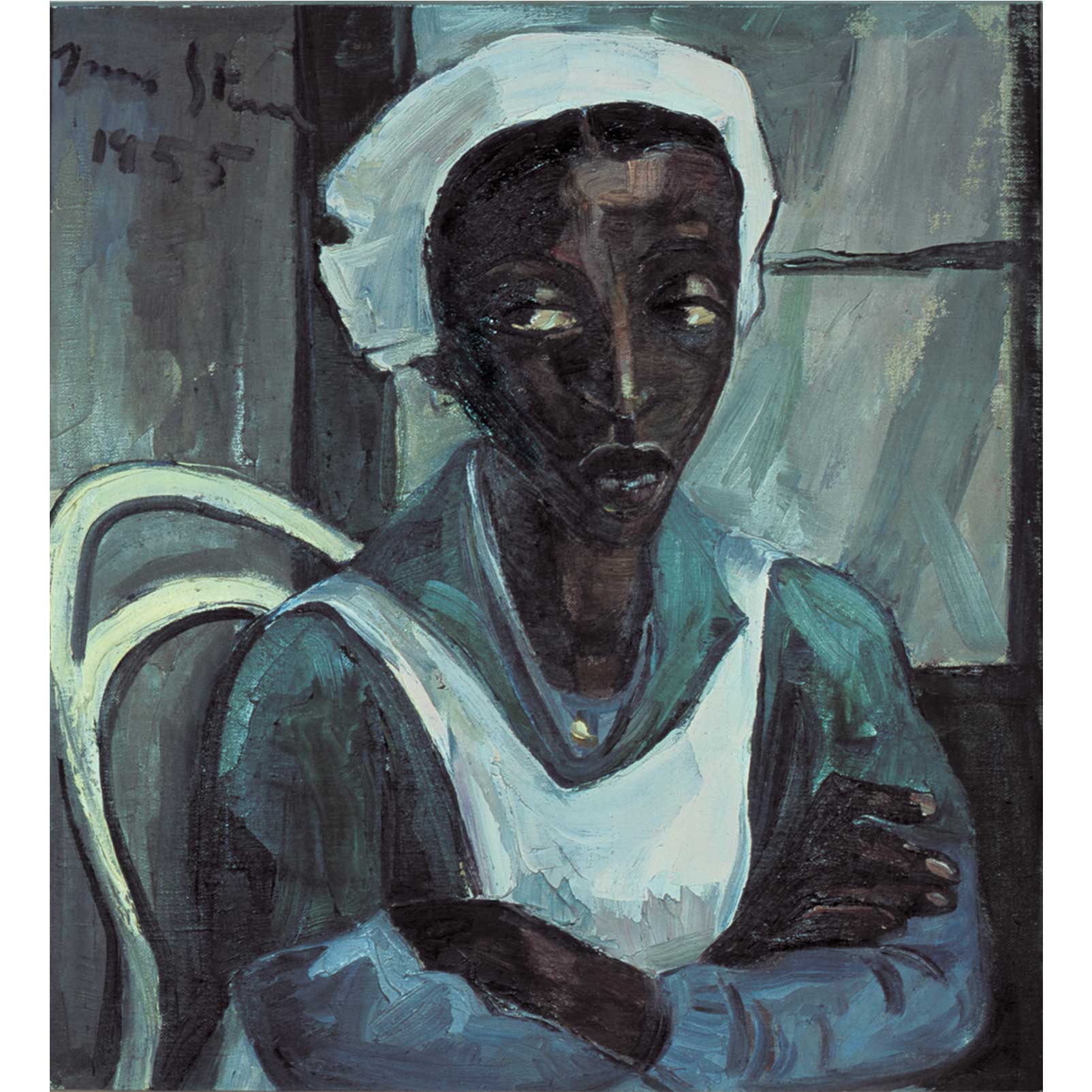 Much has been written about Irma Stern’s view of the African continent and Africans. Seen as a paternalistic celebration of ‘the primitive’ that was steeped in a European Expressionist longing for an alternative way of being, to an admiration for the way she was willing to engage with people on their own terms during her extensive journeys on the continent.

The work Maid in Uniform is particularly interesting in this regard as it addresses the interlocking themes of race, class and gender. With the wary eyes of the sitter and closed-off body language, this is perhaps the closest Irma Stern comes to an overt political statement on South African social relations.