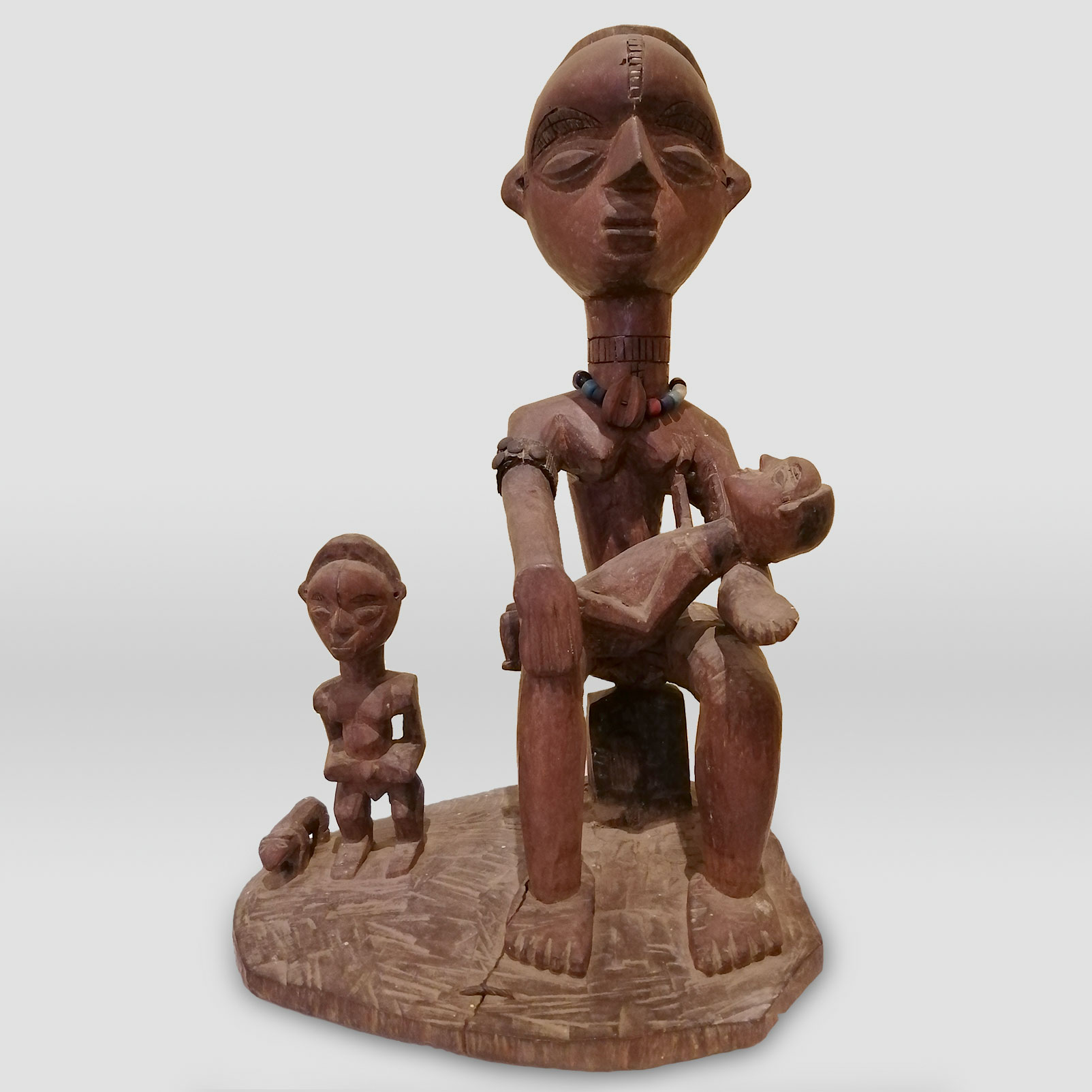 Historian and author Alisa Lagamma in the book Kongo: Power and Majesty writes that during the transatlantic slave trade approximately two Congolese men were enslaved for every one female. In the wake of this societal trauma, women came to play an increasingly vital role, and many sculptures were produced that focused on, or appealed to an increase in fertility in the wake of a declining adult male population. Lagamma states that “the matrilineal emphasis in Central African descent systems may in fact have been a response to these developments.”

A large number of maternity figures exist, some with emphasis on women as nurturers, other emphasising a link to ancestors or the spirit world. In this example, for instance, a dog is included; in this Congo society dogs were understood to be at home in both the forest and the domestic realm, and thus are a link between the living (associated with the village) and the ancestors (associated with the forest).