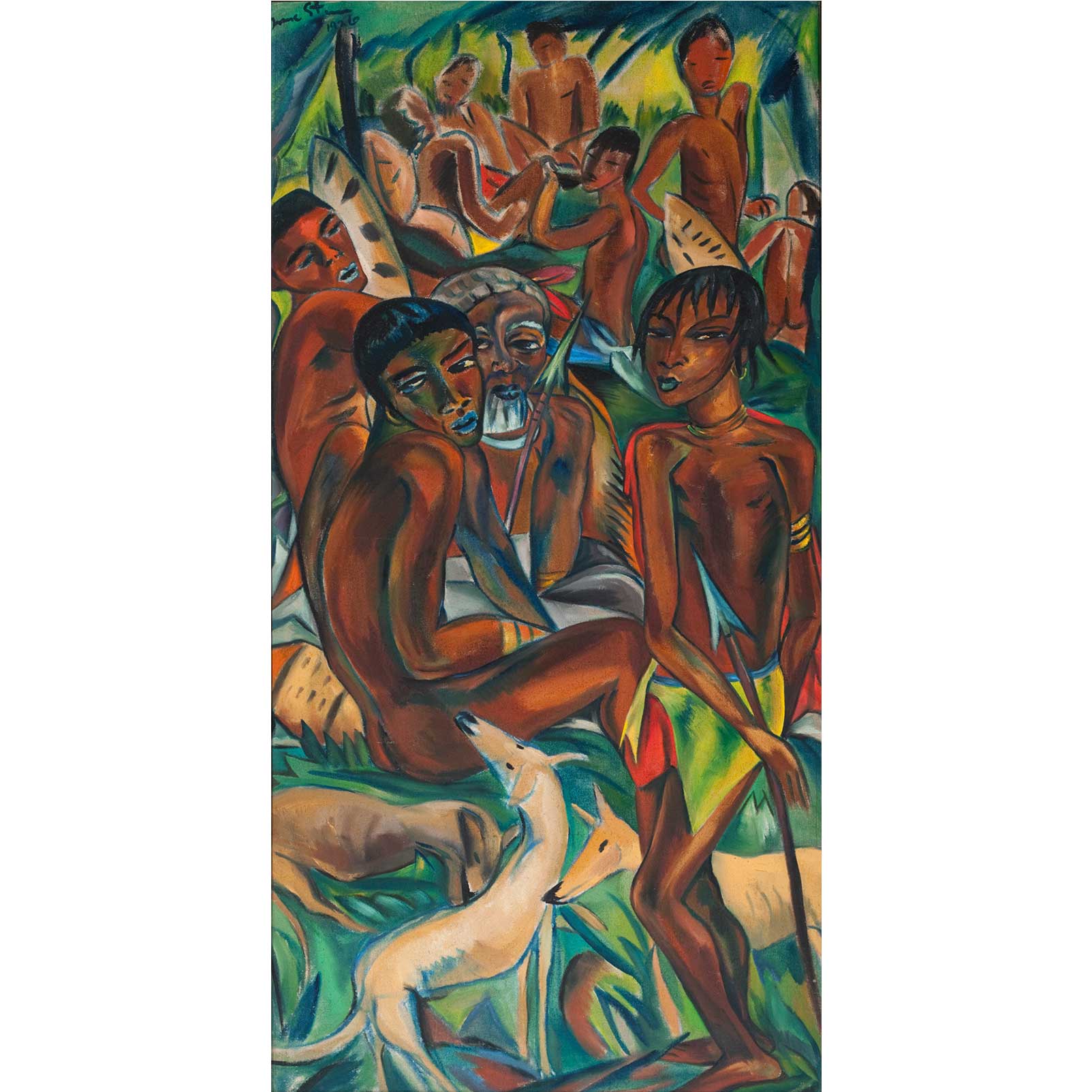 When confronted with The Hunt, a vivid canvas larger than the average size of a human being, it appears as a portal back in time. Recalling rock art, elongated hunters overlap each other, forming a tight community. But they are not actively hunting nor pensively preparing, rather posing as artists models with one subject even staring the viewer in the face. They know we are here. Maybe they are waiting for us to leave so they can go about their business?

The fluid, curving and expressive lines reach upwards from the hunting dogs, through the bodies of the inter-generational hunters in the foreground and lead the eye to the top of the canvas where we find the rest of the group: simplified and suggested through the economical application of paint and just a few expressive lines. This cluster is, to me, reminiscent of Picasso’s Les Demoiselles d’Avignon due to their grouping, two dimensionality and links to Modernism.

I imagine Irma, with her strong and competent arm creating swift and strong brushstrokes on the canvas surface, creating the fluid and rhythmical composition. Her gaze intently fixed on the canvas, with fleeting glances at her palette as she paints at record pace: fully intent on going about her business.